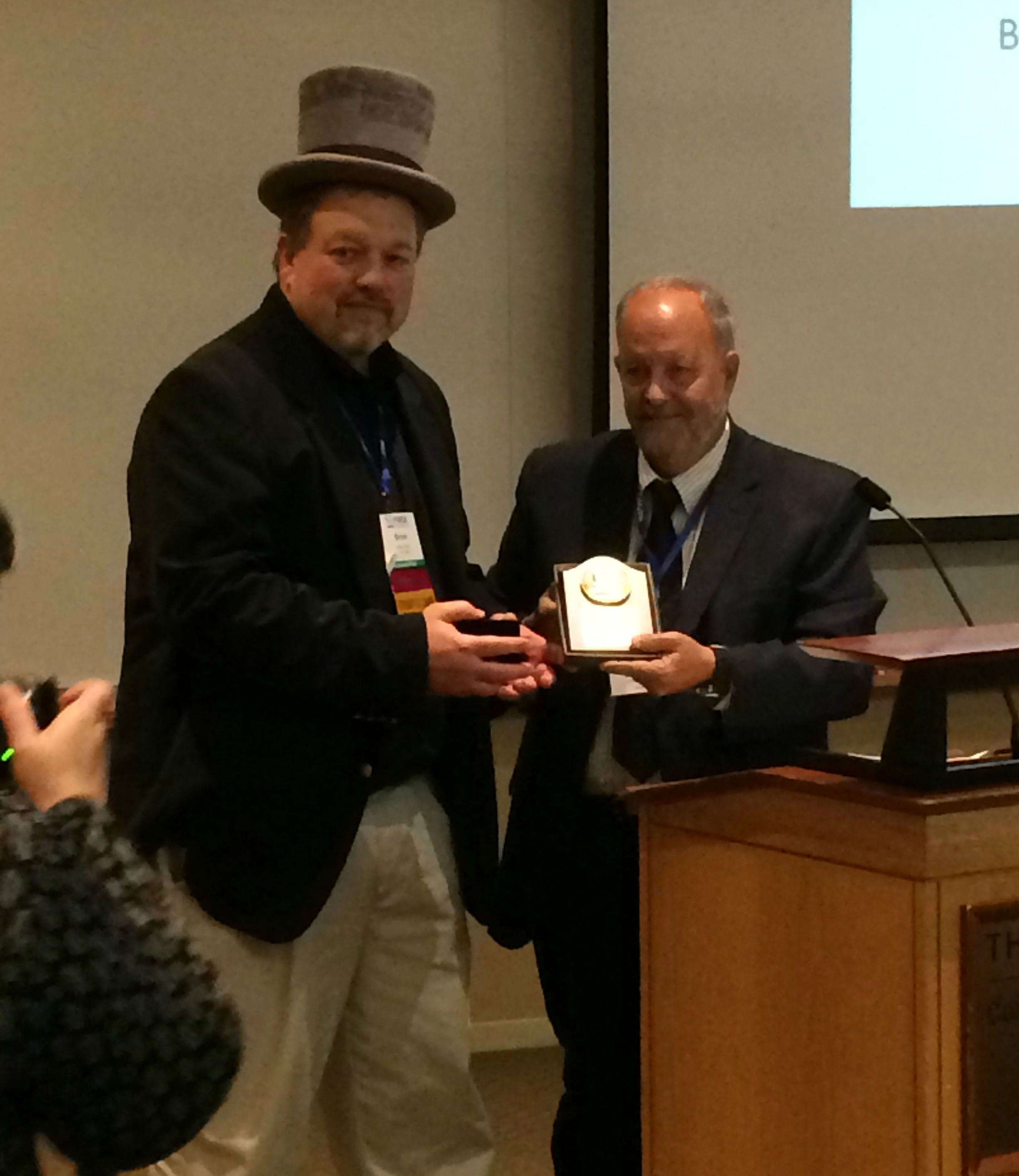 RETTEW is pleased to announce that the firm’s own Brian Book has been awarded the Ted Moses High Hat Award.  Book is the Director of the energy and environmental engineering group at RETTEW.  As the Pennsylvania Water Environment Association’s (PWEA) highest honor, the Ted Moses High Hat Award is given to PWEA members who have distinguished themselves through the promotion of the association and its programs.

Book has 30 years of experience as a project manager and design engineer on numerous water and wastewater engineering projects. He has served as the engineer of record for various boroughs, townships, water authorities and sewer authorities in Pennsylvania. Book also currently serves as the outgoing presidient of the PWEA.

“Here at RETTEW we encourage our employees to contribute and take on leadership roles in industry associations,” RETTEW President Mark Lauriello said. “Brian winning the Ted Moses High Hat Award is a perfect example of this.  I know he will continue the great work he has been doing.”

The PWEA gives this award in honor of Ted Moses, the first secretary of the association. Previous winners of the award have had their names written on the PWEA’s symbolic high hat, which was purchased in a Philadelphia pawnshop in 1935. Since then, a new high hat was donated to accommodate the names of future award recipients at the PWEA Annual Awards Banquet.

“I’m honored to have received the Ted Moses High Hat Award,” Book said. “I’ve learned from some masterful minds over the years, and have been able to promote PWEA in the company of the highest quality colleagues.”