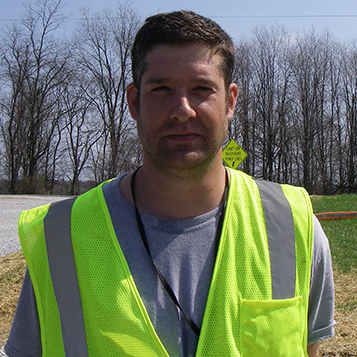 A Field Supervisor in our Canton, Ohio, office, Andrew made a significant commitment to the time and knowledge it takes to receive such a license. Earning a pilot’s license for an unmanned aerial vehicle, or drone, involves nearly as much training as a full pilot’s license. Andrew studied aeronautical charts, air space classifications, air traffic control terminology, weather effects, and weights and balances, passing the exam with flying colors.

RETTEW has several drones in our fleet, used for taking photos and helping to map things such as commercial buildings, pipeline routes, construction sites, and bodies of water. Andrew joins the ranks of a few other RETTEW employees ready and able to pilot our drones. Way to go!