In the past few years, we’ve seen a resurgence of both commercial and retail development throughout the U.S., including the fast-growing areas of Central, Eastern, and Western Pennsylvania.

And while brick and mortar stores have changed, they are still alive and well. Some commercial brands have struggled by not adjusting to consumers’ needs and expectations, but others have quickly pivoted to provide the value consumers are searching for. Amazon now owns enormous physical retail space with its purchase of Whole Foods. Apple has more physical stores than ever. 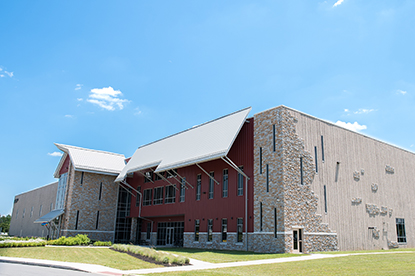 These newer stores are different than those of the past, of course. Instead of enormous inventories in massive spaces catering to suburbia, stores now focus on the experience. Think of the living sections in new Target locations, and the customer support and devices in an Apple store, instead of inventory and cash registers.

As a part of the changing retail landscape, mixed-use developments are becoming commonplace. About 50 years ago, the mass exodus of middle-class American families to the suburbs was nearly absolute. The suburbs, in turn, began building malls with enormous stores featuring thousands of square footage of inventory to provide for those families.

Today, however, both urban and suburban development is changing. Municipalities are attempting to limit sprawl by reinvigorating downtown areas. There are many positive benefits: increased property tax revenue, decreased infrastructure costs (walkable neighborhoods means less traffic wear and tear), increased public health resulting from pedestrian-friendly areas, and lower crime rates with more people out and about all day long.

The integration of restaurants, retail stores, parks and walkways, and a variety of housing options is how people of all ages are looking to live.

RETTEW has helped a variety of clients take major projects from conception to construction, whether a senior living community, mixed-use development, or major commercial site. As both retail and residential shifts continue, RETTEW remains a leader in this development market for our clients.