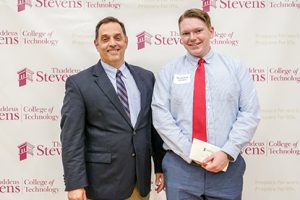 This year’s recipient is Benjamin Haines, a student majoring in Engineering and CAD Technology at the College.

The scholarship was announced at the school’s annual Scholarship Awards and Donor Recognition Dinner on September 13.

Mark Lauriello, RETTEW President and CEO, awarded the scholarship to Ben, and congratulated him on his achievement.

RETTEW Charitable Foundation Awards Grant for What If 101 School Program

The RETTEW Charitable Foundation awarded a $5,000 grant to TomTod Ideas for What If 101, a weekly program…